Despite the fact that today he is considered to be the embodiment of absolute evil, Adolf Hitler had a very rich love life, as well. During his life he felt affection (or at least so say the rumors) to several women. The most famous among them, of course, was his long-suffering mistress, remaining so for a long time and hardly a day being his wife Eva Braun, who along with him committed suicide shortly after the wedding. But – it was just one of the women of Adolf Hitler… 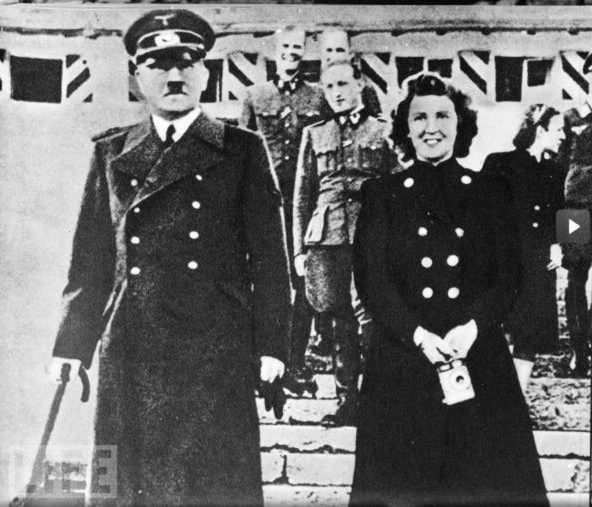 In the photo – Adolf Hitler and Eva Braun on their wedding day, which became the day of their death. 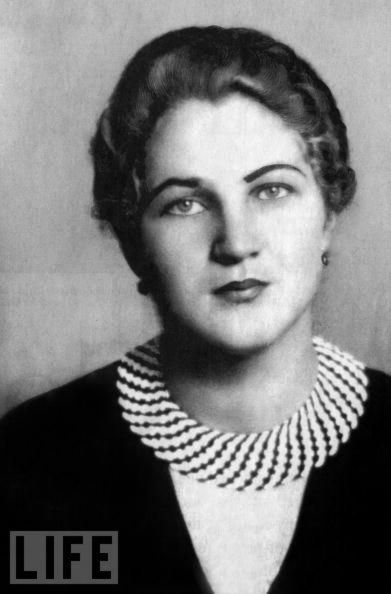 Mitzi Reiter: early love. Mary “Mitzi” Reiter was sixteen, when entered into a relationship with thirty-seven-years-old Hitler, and drew attention to to herself in 1926. Adolf Hitler promised her marriage and “fair-haired children”, but later said to her that there is a vital mission that he must first finish. In despair because of his constant neglect of her, she tried to hang herself but survived and eventually became an SS officer’s wife. Paula Hitler, Adolf’s sister later said that Reiter was the only person who could have prevented Hitler from turning into a monster. 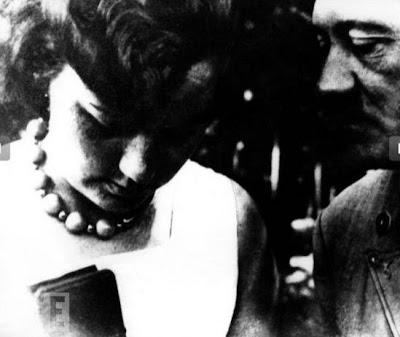 Geli Raubal, Hitler’s niece. According to this it seems like the greatest love of Hitler was incestuous. He was in love with Angela “Geli” Raubal, the daughter of his half-sister. Presumably, their relationship began when she was seventeen years old. Hitler was powerful and domineering uncle full of love and understanding, while in fact, he kept her locked in his flat in Munich or at the villa he owned near Berchtesgaden. Many believe that Raubal did not return him feelings. 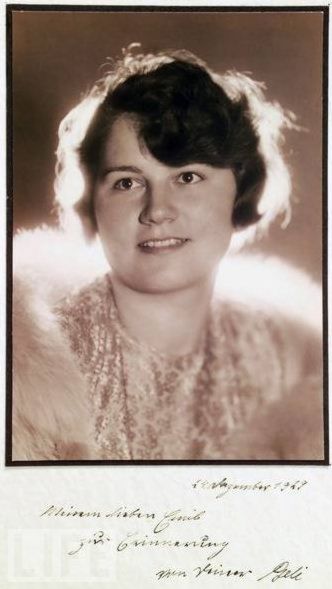 The love of Hitler’s life, Raubal in 1931, aged 23, was found dead in Hitler’s apartment in Munich with a gunshot wound to her chest. Her death was declared suicide, but many believe that the future German dictator killed her after a quarrel caused by his plan to move to Vienna. A bullet was fired from Hitler’s personal “Walter”. Researchers believe that after Raubal’s death, it was very hard for Hitler to move along, he did not allow people to come as close to him as it was with Raubal. “This death is sown into his soul and is the seed of his inhumanity” as Hitler’s personal photographer mentioned later in his memoirs. 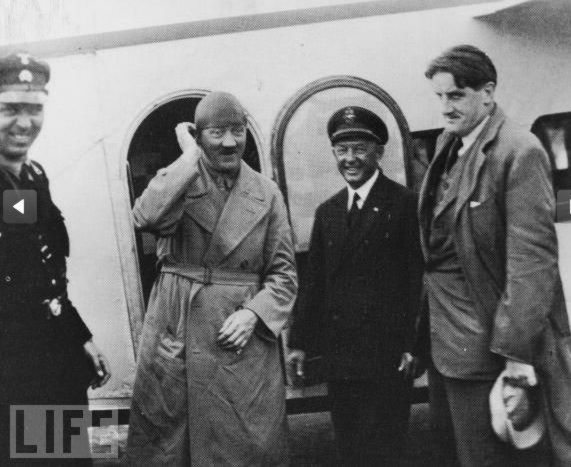 Erna Hanfshtengl: a friend’s sister. After the failed Beer Hall Putsch in 1923, there were rumors that Hitler had a brief relationship with Erna Hanfshtengl, elder sister of his friend Ernst Hanfshtenglya. Other sources, however, argue that rather clumsy Hitler’s flirtations are not to be taken seriously at all. In the photo – Hitler’s personal pilot and Ernst Hanfshtengl (right) during the election campaign in 1930. 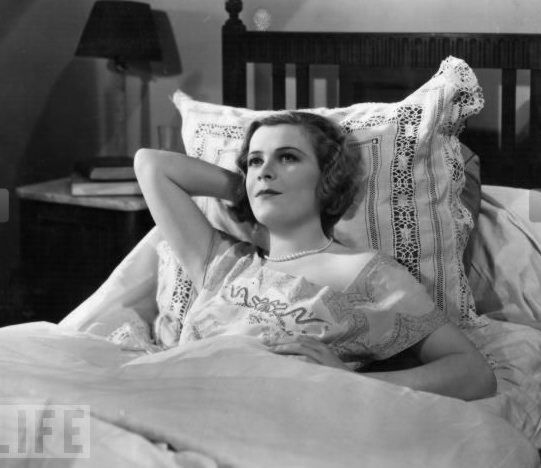 Renate Müller – Aryan ideal, increasingly popular with the Nazis which called her the Aryan ideal of women. She was a decent replacement to Marlene Dietrich, which didn’t support the Nazis and moved to Hollywood. However, Renate Müller was not eager to make movies that promote Nazism as well. According to rumors, she was under a constant pressure and demands to split with her Jew lover. 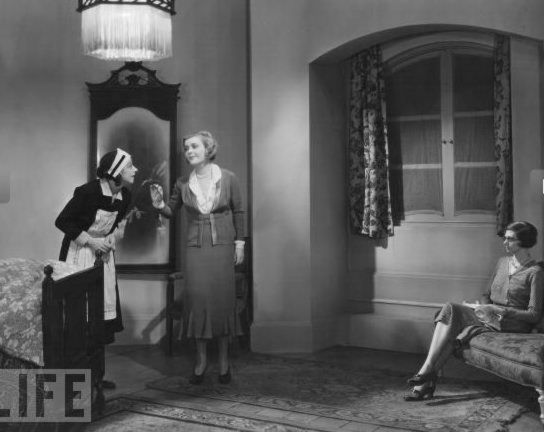 In 1937, Mueller has fallen from the window of the hotel – it is unknown whether this was an accident, suicide or murder. She was thirty-one years old. According to the German director, Adolf Zeysslera, Mueller admitted to him that she had a brief affair with Hitler. German dictator, she said, was squirming on the floor under her feet, demanding from her to beat him – only this caused his sexual arousal. Her flight from the window took place a few days after that conversation. Eyewitnesses claim that just a second before the actress took a flight from the hotel window, Gestapo agents hid away. 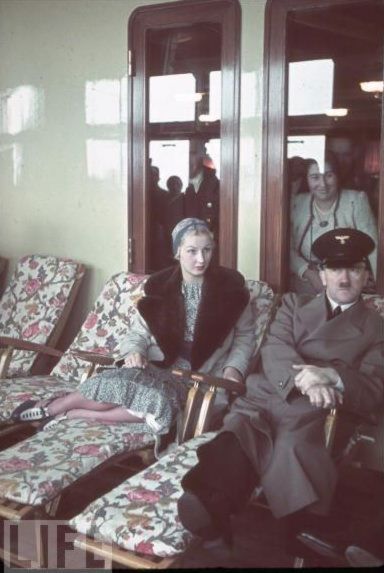 Inga Ley – another suicide. Hitler was a big fan of Inga Ley, the wife of one of the officials in the Nazi party, Robber Leia. There were rumors in Germany that Hitler and Inga Ley had a love story. Also there were rumors that Hitler had a nude portrait of Leigh hung in the living room in one of his apartments. However, there is no conclusive evidence if a sexual relation between them existed. Ley committed suicide in 1942, possibly due to depression caused by the use of drugs to which she became addicted because of the heavy labor. 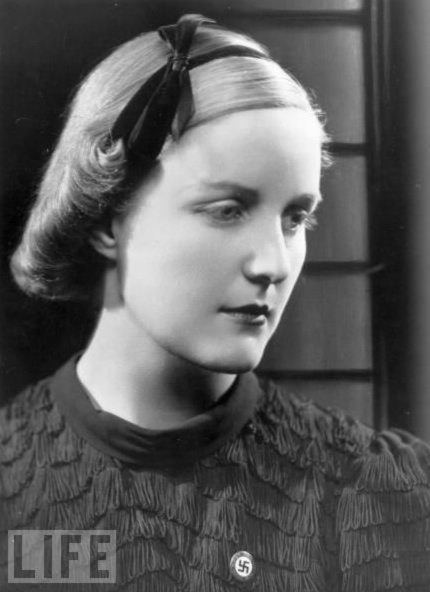 Unity Mitford – Fuhrer’s English Rose. British socialite Unity Mitford moved to Munich in the middle of the 1930th and soon entered the Hitler close circle. Her middle name was “Valkyrie”, and Hitler was obsessed with Scandinavian mythology. Later he would call her “the perfect specimen of Aryan women.” 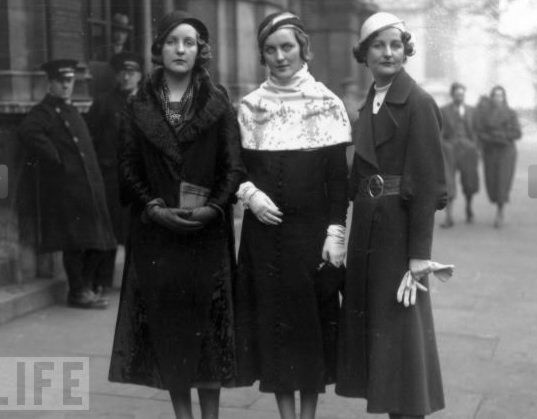 Eve’s Rival . Eva Braun was out of her mind with jealousy because of the close relationship of Hitler and Unity Mitford. “She is known as the” Valkyrie “and looks suitable, especially her legs. I, the mistress of the greatest man in Germany and the whole world am forced to accept the fact that everyone is laughing at me “- Eva Braun wrote in her diary. Hitler began to pay more attention to her after she tried to commit suicide. On photo – Unity Mitford (left) with her sisters, 1932. 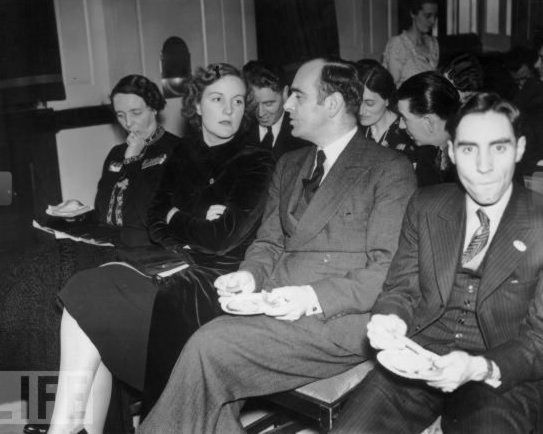 Romantic betrayal. When Britain declared war on Germany, Mitford was so upset that she shot herself in the head from a pistol with a handle decorated with pearls, which was presented to her by Hitler. She survived and returned to England, but never fully recovered. In 1948, she died due to complications caused by the bullet which was entrenched in her head too deeply and was inoperable. In the photo: Unity Mitford (second left) at the Christmas party at the German Embassy in London, held the Anglo-German community in 1938. 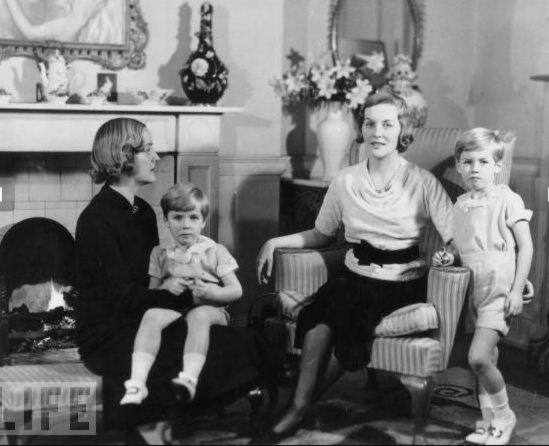 Mother of Adolf Hitler’s Child? In 2007 an article appeared in British magazine “The New Statesman”, which raises the claim that Mitford was pregnant with Hitler and had a baby in a hospital in Britain after her return there. This child, according to the author of the article, was then adopted. In the photograph: Unity Mitford and her sister Diana Mitford (also a supporter of fascists and an anti-Semite) with two children, 1935.